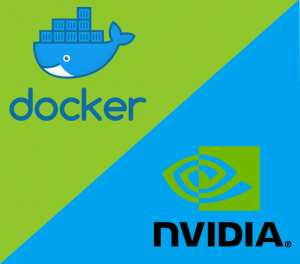 When performing deep learning tasks especially on a single physical machine, there can be a moment where we need to execute tasks in parallel. Suppose that we are evaluating different models. We may need a task to calculate the precision and recall of a certain model while at the same time we are in need for training another model. We can proceed with the sequential operation, doing the tasks one by one. But life will be much easier if the tasks can be done in parallel. A possible route to achieving this is by creating several containers and perform distinct task in each container.

NVIDIA provides a utility called nvidia-docker. The utility enables creation of Docker containers that leverage CUDA GPU computing when being run. Under the hood, nvidia-docker will add a new Docker runtime called nvidia during the installation. By specifying this runtime when invoking a command in a (new) Docker container, the command execution will be accelerated with the GPUs. END_OF_DOCUMENT_TOKEN_TO_BE_REPLACED

Docker is a popular option for “virtual appliances” nowadays. Docker website defines the “Docker” moniker as a software containerization platform that is more flexible than traditional virtual machines since it virtualizes the operating system instead of the hardware. This means that Docker can further isolate the resources by enabling multiple Docker containers running on an operating system. If the operating system itself is running on a virtual machine either via full virtualization (bare metal) or paravirtualization, we will have a good example of IT infrastructure transformation from asset-ownership model into cloud-lease model (my related paper about such transformation can be read here). END_OF_DOCUMENT_TOKEN_TO_BE_REPLACED