Since 2016, Microsoft had succeeded Dream Spark program with Microsoft Imagine. Some content in this post may have become obsolete. Find out more detailed information about the eligibility to download Microsoft’s software for free at the Microsoft Imagine website. 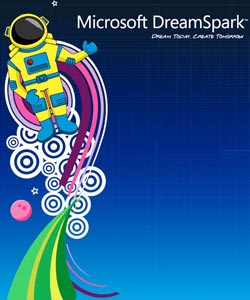 To qualify for the offer, you should be a student and have an academic institution email address (email address with suffix ac.*, or *.edu). If you qualify and are interested in getting acquainted with and develop using Microsoft platform and tools for developers, you can visit the download site, dreamspark.com, which also provides other resources like text and video tutorials, and sample codes. After loading the homepage, you need to sign in using your Windows Live ID, and then follow the procedure for ID verification. After getting verified, you will be able to start download the software.

This program has been running for some years (since 2008 if I am not mistaken). In case you haven’t heard about it, maybe this information can be worthy for you.